How biomass could help deliver decarbonisation

Members of the Glass Technology Services team, alongside academics from Sheffield Hallam University, have been working on an initiative that could pave the way for decarbonisation in the glass sector.

Current glass manufacturing practices use a combination of manmade and mined raw materials with minimal variability in composition, and commercial glass compositions have remained largely unchanged for the past 50 years.

However, as an energy-intensive industry, global commercial glass manufacture is a key sector that consumes 220TWh/yr of energy and emits 50- 60MT/yr of CO2.

In 2015, the Paris Agreement set a target to reduce greenhouse gas emissions by at least 40% by 2030 and 80% by 2050 compared to 1990 levels, which places enormous commitments on the so-called Foundation Industries, which includes the glass sector.

The UK is already playing its part in delivering the Paris Agreement through its domestic climate framework.

In 2015 the UK Government and British Glass published their Glass Decarbonisation Roadmaps to 2050 to help coordinate and support achievement of decarbonisation goals within the glass sector.

Both Roadmaps highlight glass batch reformulation as one enabler for the glass industry to reduce its energy consumption and CO2 emissions.

Low cost, energy-saving, emissions reducing, recycled and alternative raw materials are all considered to be materials that could help to achieve this in an economically viable way.

In contrast to the burdens and challenges of achieving decarbonisation, these changes in the industrial environment also provide new opportunities to explore and establish new approaches and new technologies, with the potential for symbiotic win-win relationships with other sectors. For example, the energy generation sector is in the process of switching fuel from coal to biomass to generate electricity in response to the UK’s decarbonisation policies.

According to the Ofgem 2016- 17 Biomass Sustainability report adjusted to reflect specific data omissions and other data sources, in 2016-17 the total consumption of biomass by dedicated biomass facilities and cement kilns in the UK (excluding imports) was 5.8 MT. The UK now has >20 biomass power plants (fuels include recycled wood, virgin wood, straw, poultry litter and sewage sludge) and the urgent need to replace fossil fuels with renewable energy sources has led to proposals for a further 37 UK biomass power plants (Fig. 1), which will generate >2 MT / year of biomass ash.

The majority of this biomass ash is currently sent to landfill or used in low-value applications such as construction filler materials. Biomass ash management and valorisation is thus an escalating issue.

In this article we describe how, from the perspective of the glass industry, biomass ash could represent an excellent opportunity for introducing a new raw material capable of delivering step- changes towards decarbonising the glass industry. Yet this approach is actually a reboot of ancient technology.

At the turn of the 1st millennium A.D., the Roman Empire produced large amounts of worked glass through a two-stage system. Primary glass centres close to sites of valuable raw materials were used to produce large amounts of ‘raw glass’, i.e. glass cullet. This raw glass was then transported to local glass production centres, which re-melted and worked the raw glass to produce glassware for local consumption. The raw glass was produced from lime-rich sand and natron, an evaporite which is a mixture of Na2CO3·10 H2O and NaHCO3, accompanied by smaller amounts of NaCl and Na2SO4.

The main sources of natron were at Wadi Natrun and al-Barnuj, Egypt. However, from the 7th to the 9th century A.D., the availability of Egyptian natron declined. This was partly due to increased demand for natron, not only for glass production but also for the production of medicines and detergents.

Political upheaval arose in the natron-producing region, with multiple invasions by foreign powers and a prolonged civil war (811 - 832 A.D.). The volatility of the natron supply necessitated a change in flux material by glass producers. The choice of flux was governed   by the availability of local materials.

In the Levant and Near East, ashes from halophytic plants from the Salicornia and Salsola genera were used, whereas in northern Europe wood ashes were used, primarily beech (Fagus) ash.

These wood ash glasses are known as ‘Waldglas’, (‘Forest Glass’). Wood ash glasses were found in the Carolingian Empire from as early as 800 A.D, and their industrial manufacture continued into the 18th Century.

Production declined after this time due to a combination of factors:

(i) increased demand for glass products (one tonne of glass requires 250 tonnes of wood to produce); (ii) the move from wood-fired to coal-fired furnaces, which drastically reduced the availability of wood ash; and (iii) increasingly strict quality and consistency requirements for glass products, which was difficult to achieve given the variability of the wood ash.

A further cause of this change is also put forward: as the industry became increasingly mechanised, the composition of the glass needed to be controlled more tightly due to the inability of machines to match the adaptability of human glassblowers to changes in glass viscosity.

The main purpose of these projects is to explore and develop the use of a broad range of biomass ashes as raw materials to reduce energy consumption and environmental impact of several different types of glass and ceramic product including amber, green and colourless container glasses, float glass, mineral wool and heavy clay ceramics.

Two classifications of ash (bottom ash and fly ash) are typically generated during the combustion of biomass fuels. Bottom ashes are produced in the combustion chamber and are composed of sand particles, mainly quartz, often mixed with mineral impurities contained in the biomass.  Biomass fly ashes (BFA) are the finest fraction of the ashes. They are separated from the stream of gases outside the combustion chamber by specially designed systems to avoid their emission. Overall, the quantity and quality of ashes produced during biomass combustion are strongly influenced by the characteristics of the biomass fuel source as well as the combustion technology and operating conditions of the process.

In terms of  chemical  composition,  biomass  ashes  represent a number of means to help decarbonise the glass industry, including:   (i)   substantial    contents    of    glassmaking    ‘fluxes’ such as alkali and alkaline earth elements; (ii) low carbonate contents – unlike the carbonate raw materials currently used, some biomass ashes contain little carbon, reducing raw material CO2 emissions; and (iii) biomass ash has substantial amorphous content unlike crystalline raw materials such as sand or carbonates, and thereby melting energies could be reduced as the energy input to drive fusion reactions will be reduced. It has previously been concluded that glass furnace power could be reduced by 40kW for every 1°C in furnace temperature reduction. 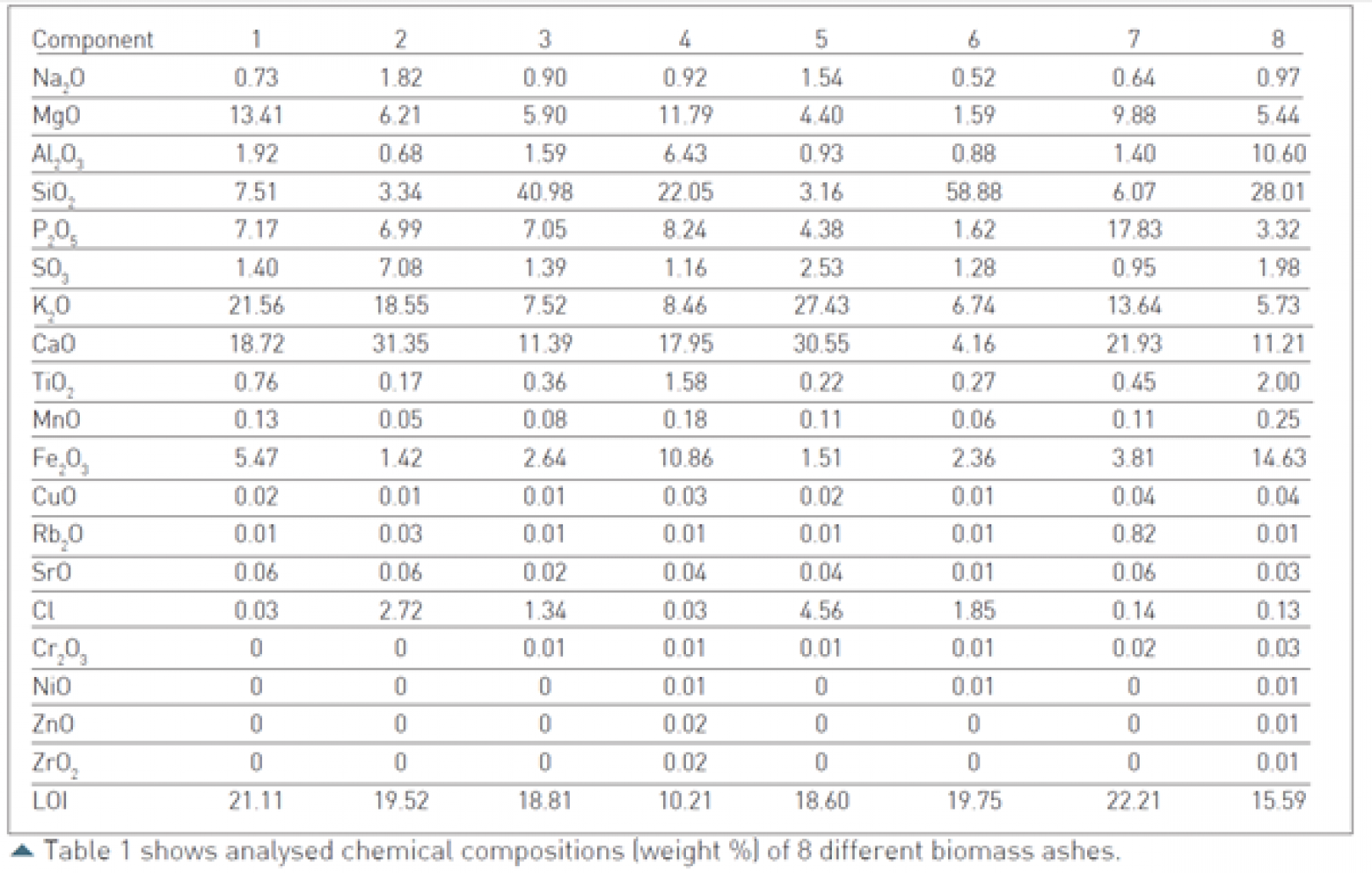 Table 1 shows chemical compositions and Loss-on-Ignition (LOI) values for several different types of biomass ash, retrieved from.  The major components vary from ash to ash, but in general, CaO, K2O, SiO2 are the major oxides, in addition to moderate levels of MgO, P2O5 and Fe2O3. CaO and SiO2 are two of the three primary constituents of container glass and float glass (along with Na2O), which means that biomass ashes could be used in replacement for sand and limestone in industrial glasses. In addition, the introduction of K2O in replacement for Na2O could have a two-fold benefit: reduction in the amount of high-value soda ash required for each batch; and the exploitation of the mixed-alkali effect which could lead to reduced glass melting temperatures and hence, lower energy demands. Fe2O3 is used in the production of green and amber container glasses as a colourant. Overall, biomass ashes contain a variety of components with value for the production of commercial glasses. Another issue that must be overcome is the effects of impurities from ashes on the glass properties and quality, as some impurities, such as transition metal colourants or volatile elements may cause difficulties in glass production practice.

Sheffield Hallam University and Glass Technology Services, together with partners from across the supply chain, are working to solve or mitigate such issues.

By overcoming them, considerable amounts of biomass ash (2 MT/yr) could be diverted from low-value applications and valorised as raw materials in glass manufacture. This exciting development will enable an ancient technology to be ‘rebooted’ in the present, thereby helping to solve some of the most pressing environmental and societal problems facing the modern world. 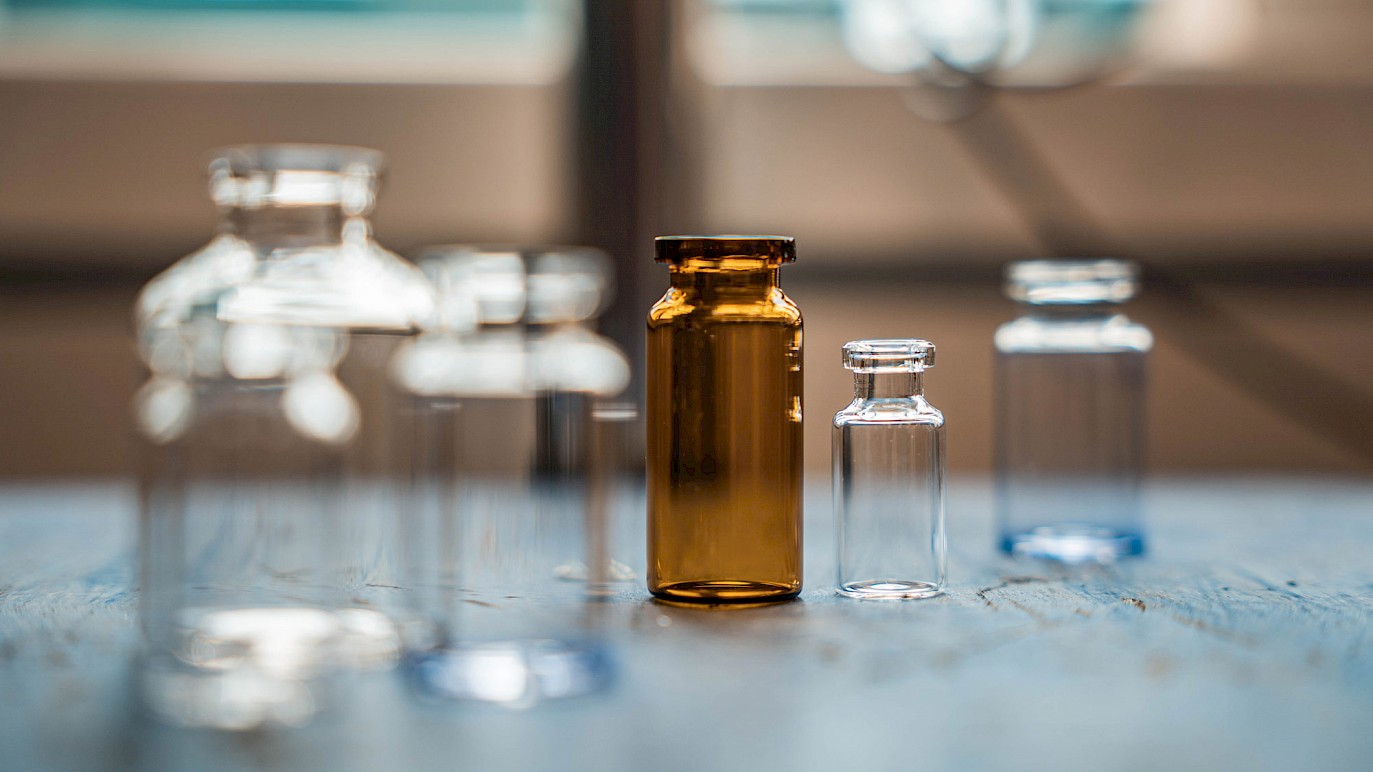 Glass Technology Services will be attending Pharmapack 2022 in Paris on the 18-19 May. This free-to-attend event brings together those who work across the sector to network and learn about the latest packaging trends and opportunities. 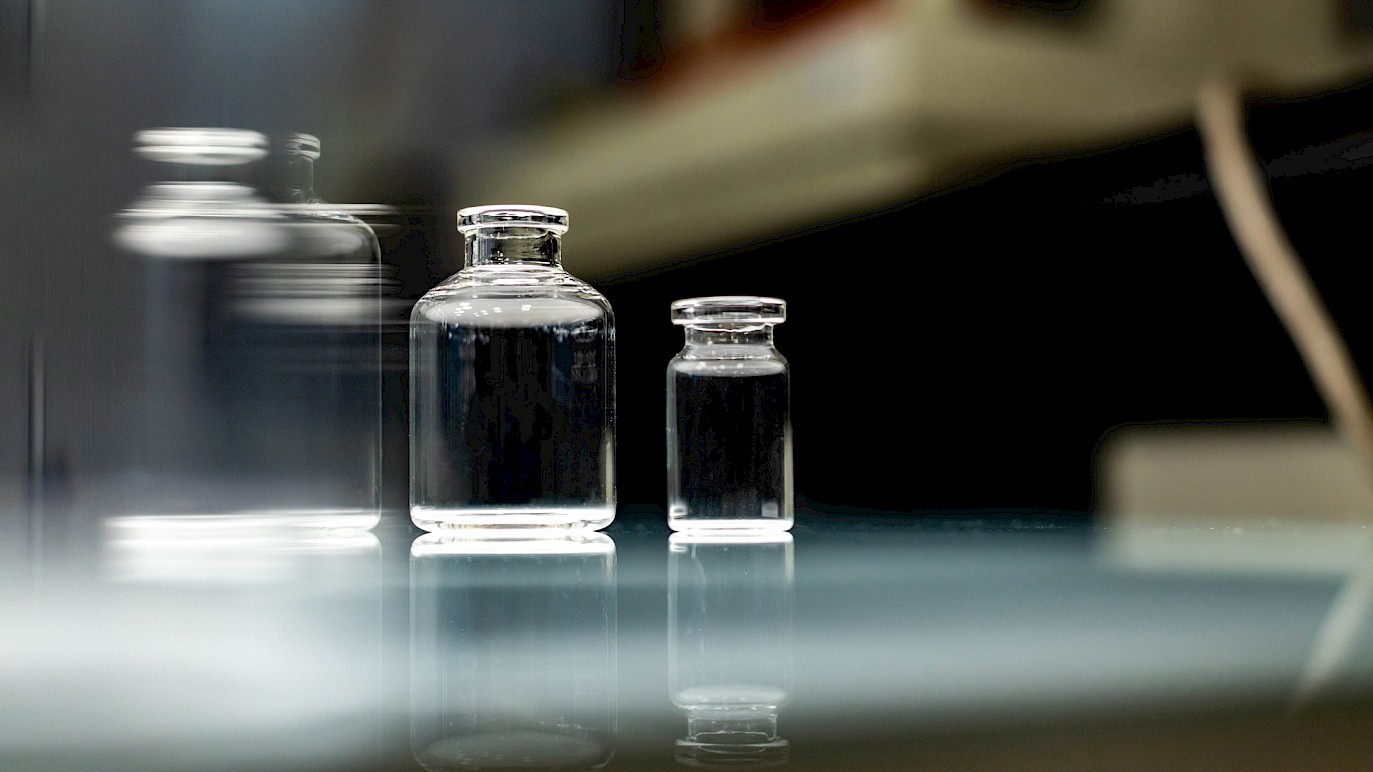 Glass Technology Services is hosting a free to attend webinar series to help drug producers and pharmaceutical glass manufacturers make decisions around their packaging choices. The series will offer guidance and tips on how to ensure the selected packaging is fit for purpose. 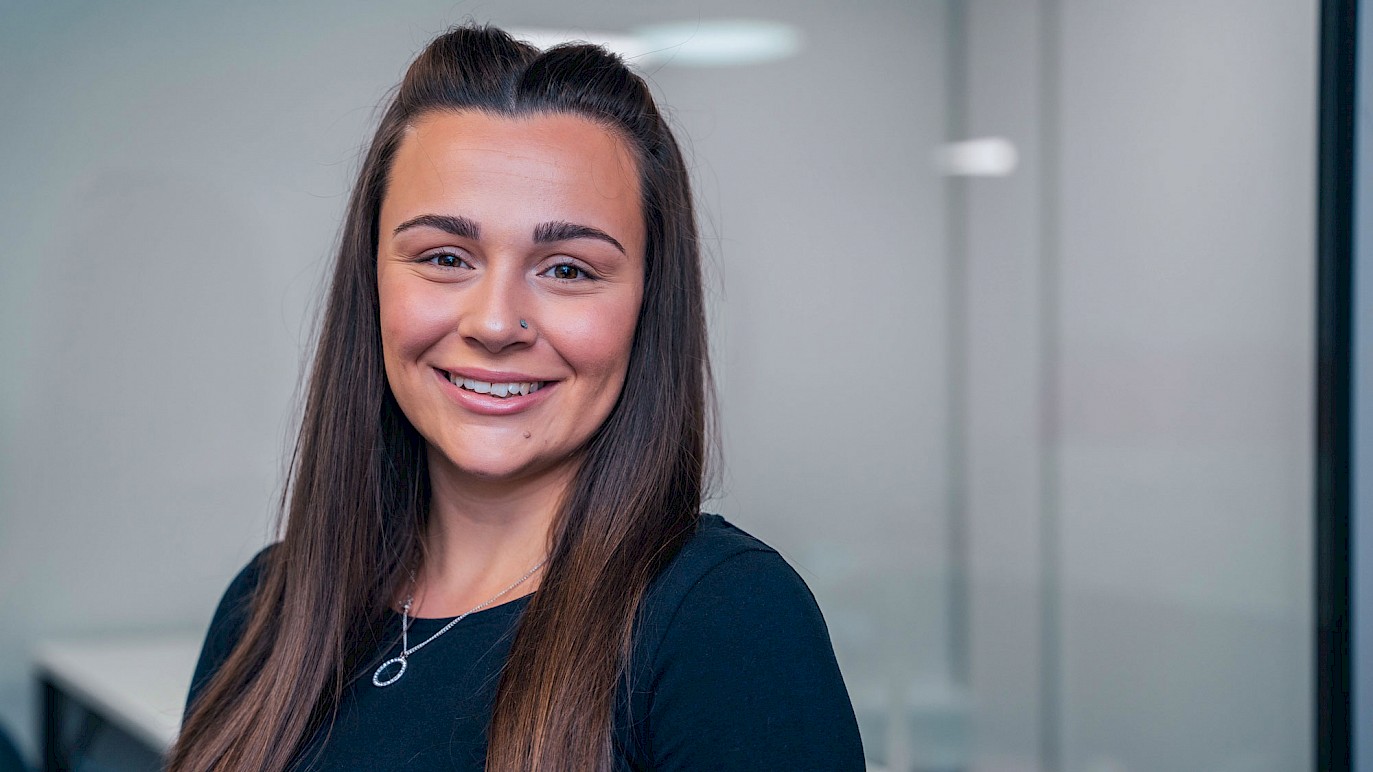 Alyssa has been with Glass Technology Services for over five years after starting as an apprentice technical and business administrator studying her level 2 qualification. She has now progressed as part of a team of apprentices into a sales role. 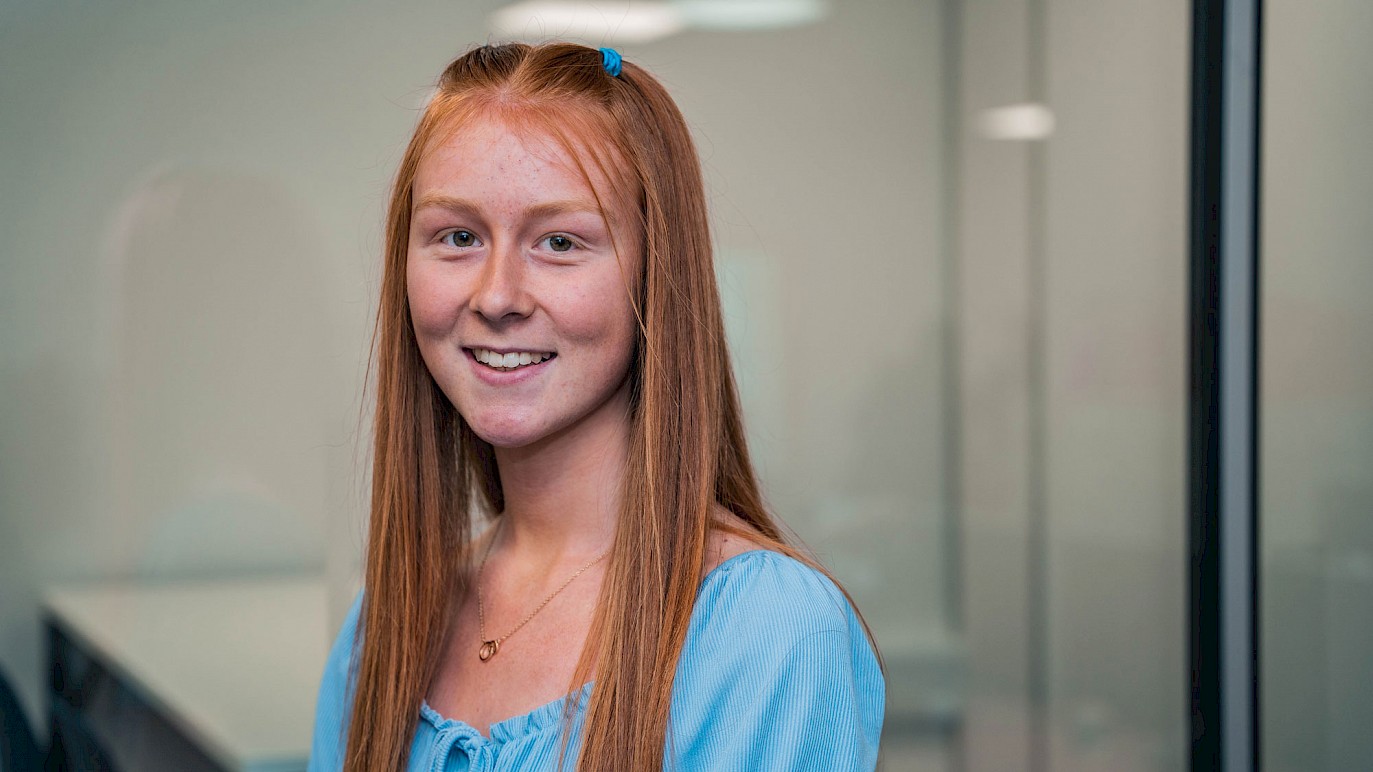 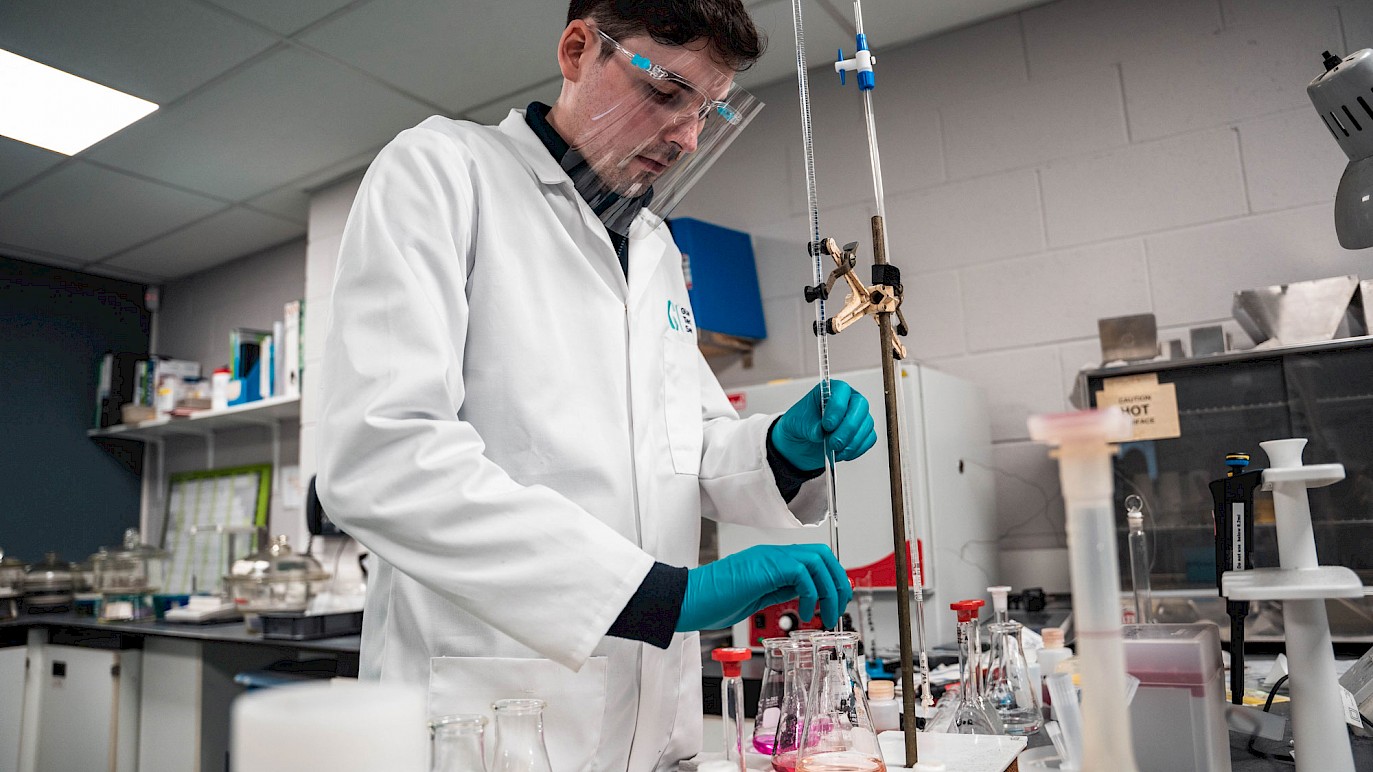 Will has progressed from apprentice to senior analyst at Glass Technology Services. Hear his view on apprenticeships and words of encouragement for those thinking about starting one. 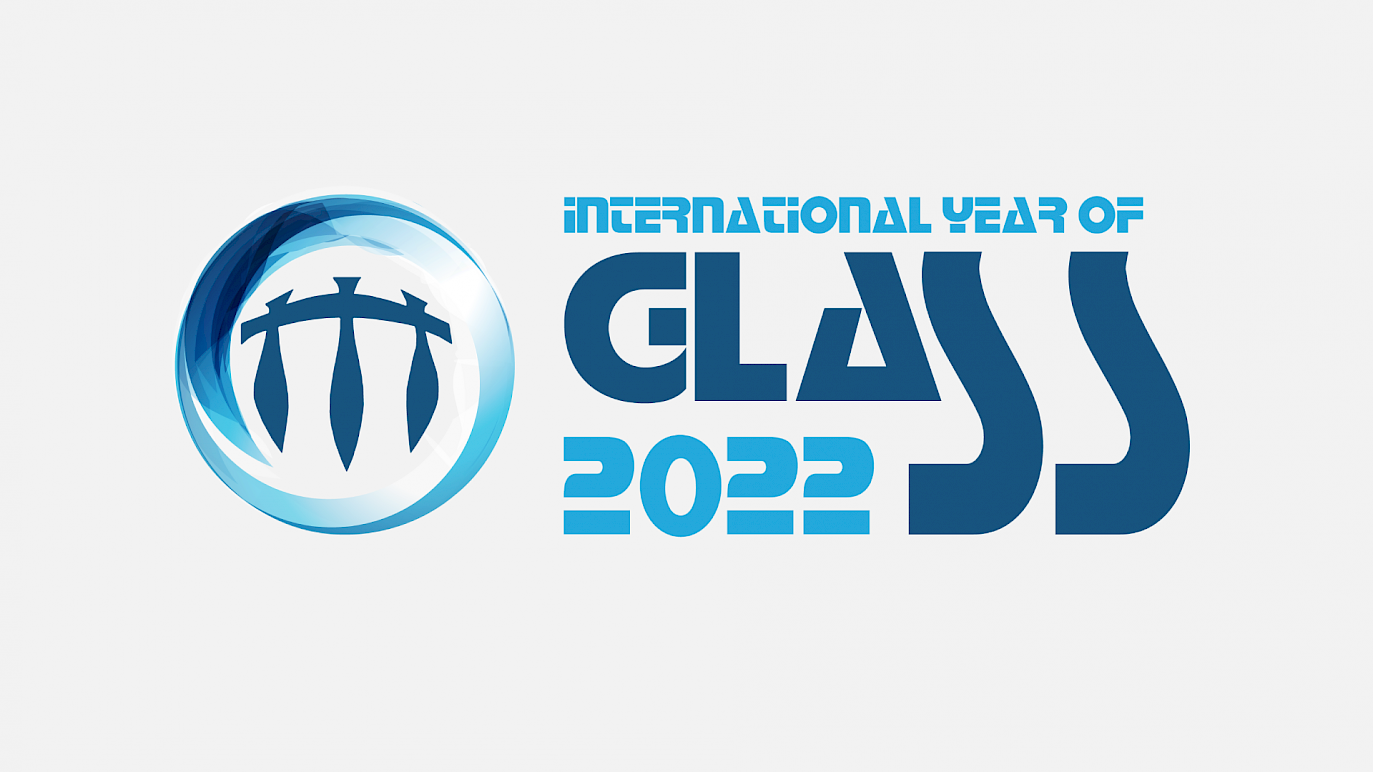 Glass Technology Services, British Glass and the rest of the UK glass industry are delighted to be celebrating the UN’s International Year of Glass throughout 2022.